How To Celebrate 50 Years Of Glastonbury At Home

Figuring out which stage to be at and when, is one of the biggest challenges of Glastonbury, and it seems that taking the festival online has far from simplified that decision. 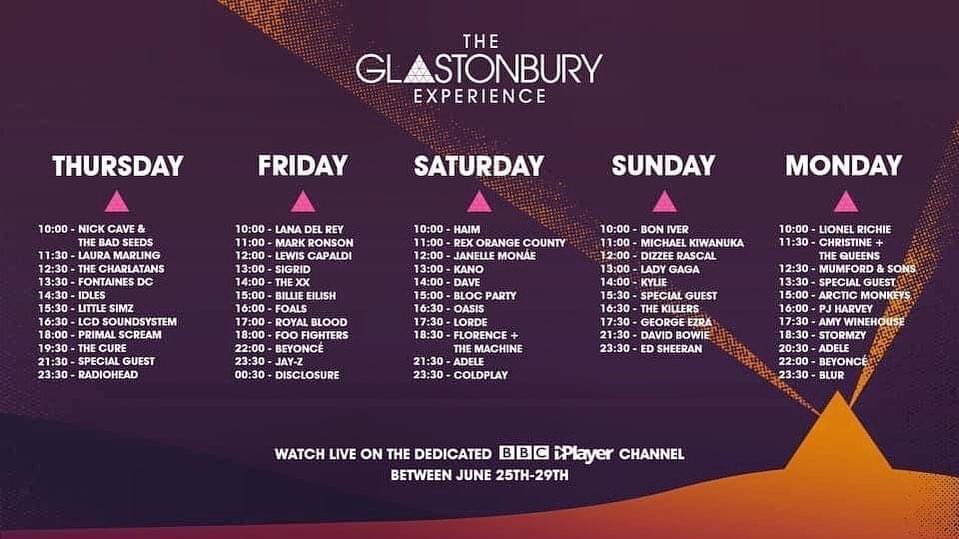 The Glastonbury Experience on the BBC will mark the 50th anniversary of the legendary festival in style, with hours of classic performances airing across TV, radio and online. If you want the most comprehensive experience, head to the brand new Glastonbury Channel on iPlayer for a fully programmed weekend of Pyramid Stage performances. 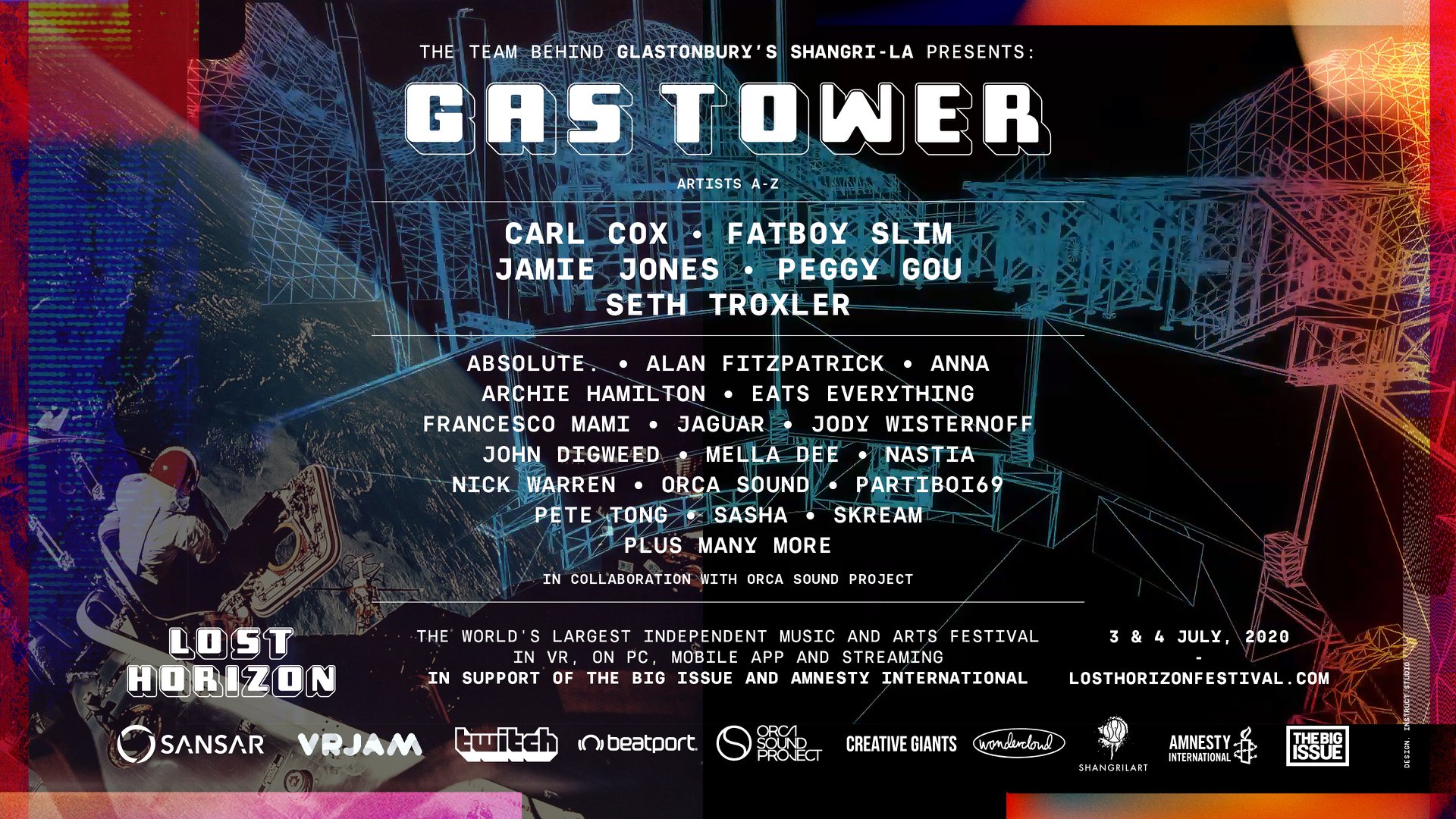 By far the most ambitious event is Lost Horizon the virtual festival from Shangri-La. Available to watch both online and experience in VR, they've put together a monstrous lineup including Carl Cox, Fatboy Slim and Jamie Jones. Across four stages, you can enjoy more than 50 music acts, 100+ artists and 200 art installations. 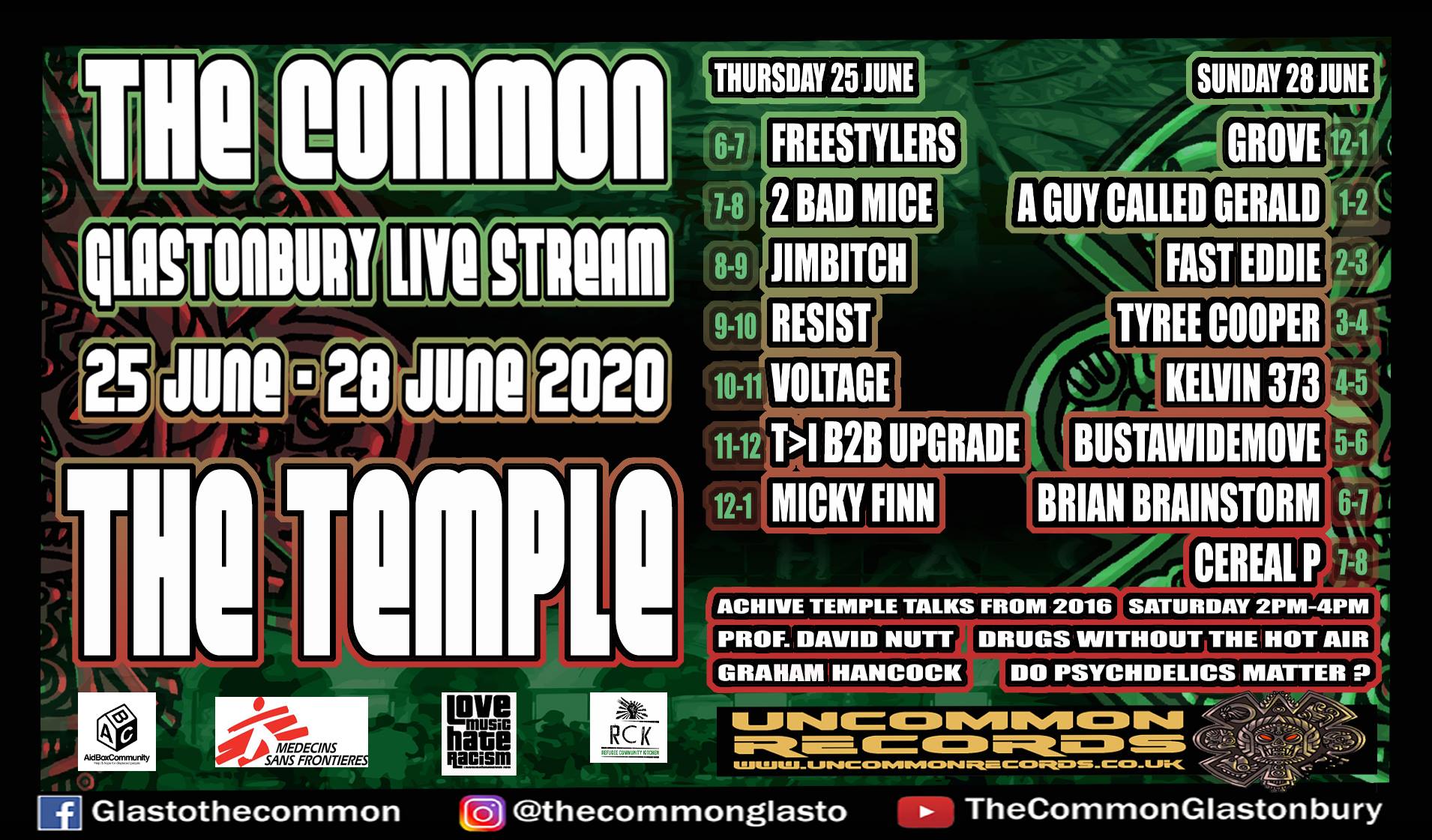 The programming forces behind The Common have programmed a whole weekend of live streams featuring artists key to the Temple and Rum Shack stages. 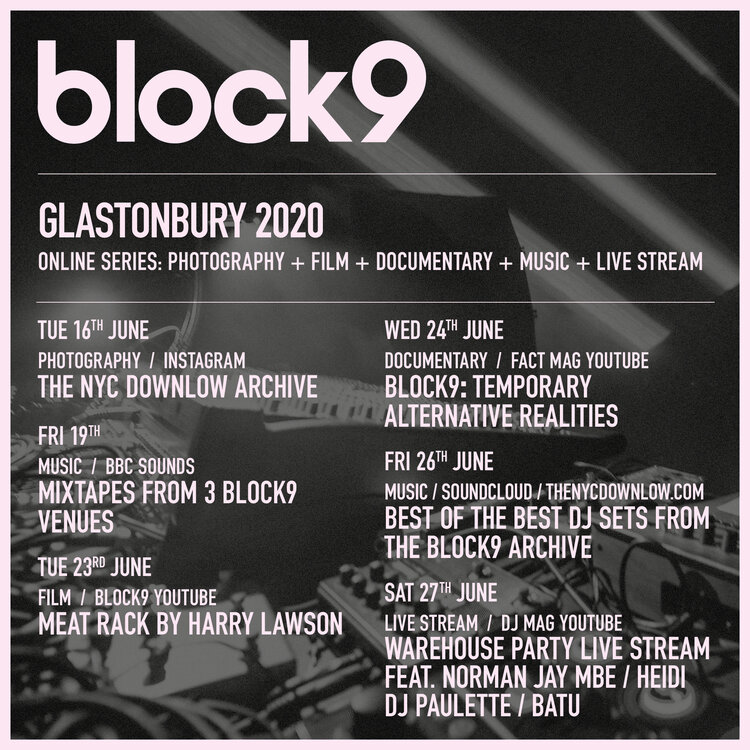 Block 9 has put together a full week of programming that stretches across SoundCloud, YouTube and BBC Sounds. The main event has to be the live Warehouse Party stream on Saturday - catch that on DJ Mag's YouTube.

When: Now | Where: Online 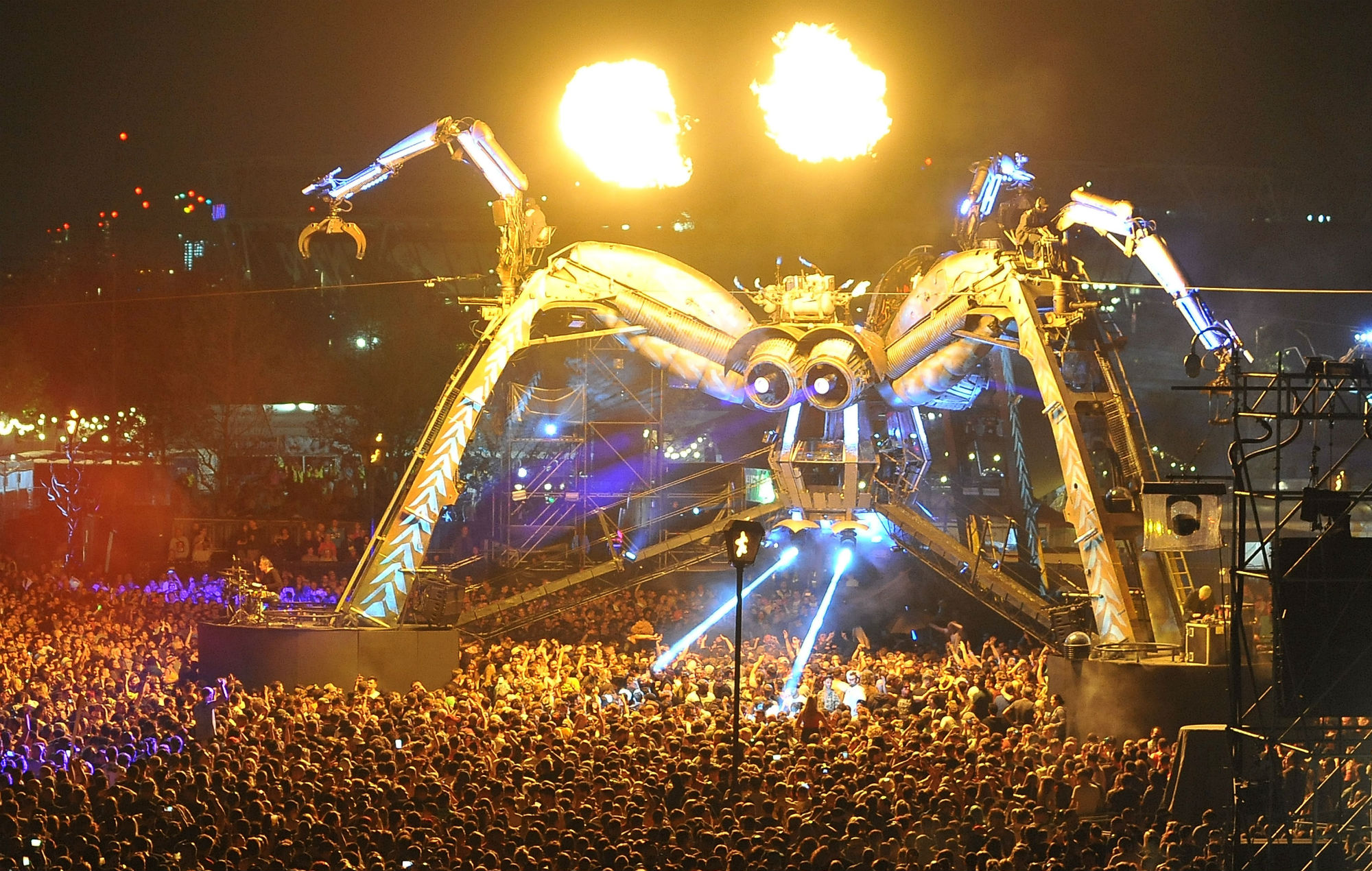 The Arcadia team had originally planned to broadcast DJ sets from a hot air balloon flying over Bristol, but in their words they've been "foiled by a new layer of Covid related issues". Instead they've collated some classic sets from the big metal spider to watch online

When: Now | Where: Spotify 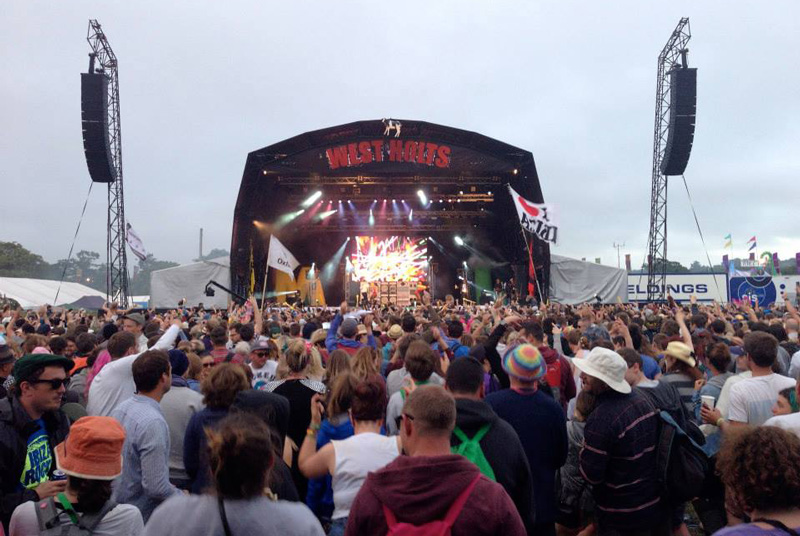 To celebrate 10 Years of the West Holts stage, organisers have put together a playlist of their favourite tracks from the artists that have performed on the stage over the past decade.

The taste-maker stage is airing a 2017 documentary showing what goes on behind the scenes at John Peel. 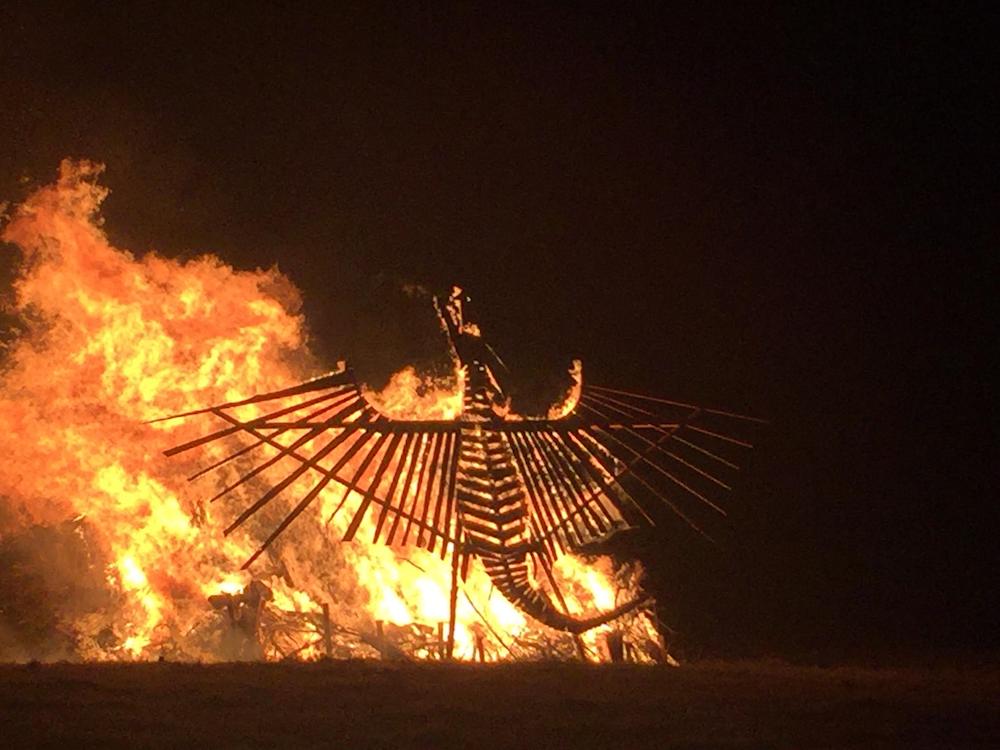 As odd as it may sound, Glastonbury just wouldn't be the same without the opening ceremony. Gathering on the hill, watching the fireworks and the big bird burn, glugging from a jerrycan of cider. It's a truly magical experience, bursting with the promise of all that's to come.

To start off your home Glastonbury experience properly, you'll have to tune into the opening experience at noon on Thursday. 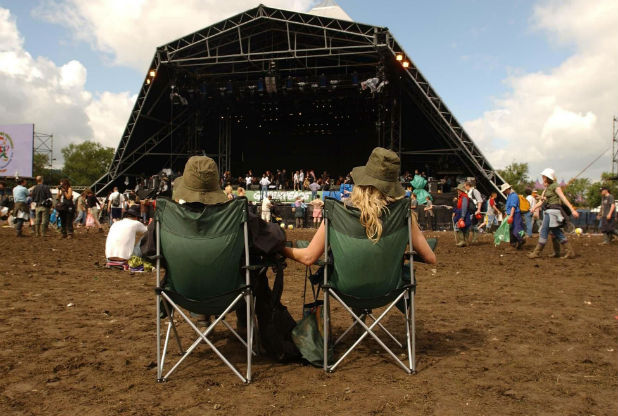 For the full Glastonbury experience, we recommend clearing all the furniture out of your living room, put up a tent (or at least an air mattress) and spread a couple of camping chairs around the room. Then you need to don some wellies and blindfold yourself while you pick out at least five random items of clothing. Open all the windows, use hand torches instead of lights, sprinkle your food and drinks around the floor and break at least one of your camp chairs each day. 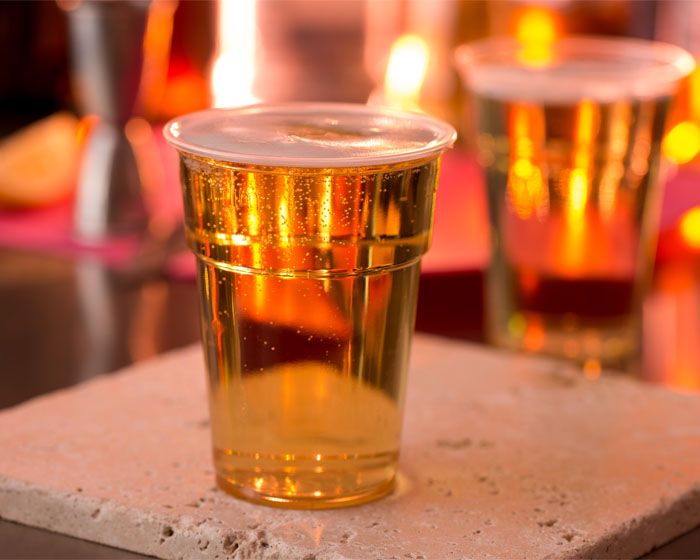 It's strict Glastonbury policy to decant all spirits and non-boxed wine into plastic bottles. Leave the bottles unlabeled so all your clear liquids - water, vodka, rum, gin - are completely indistinguishable, that way you can play the traditional game of Russian Roulette with your first swig of the morning.

For beers and cider, you're going to want to pre-pour 3 or 4 pints into plastic cups and leave them out on the counter for that quintessential Glastonbury pint.

With food delivery apps you can very easily recreate Glasto cuisine at home - a mixture of random world cuisines, slightly over expensive, a bit cold and not quite as good as the pictures. Perfect!

Any other foodstuffs - fruit, nuts, sandwiches etc, need to be taken out of the fridge and kept in the tent. You'll never eat them, but it's nice to be prepared. 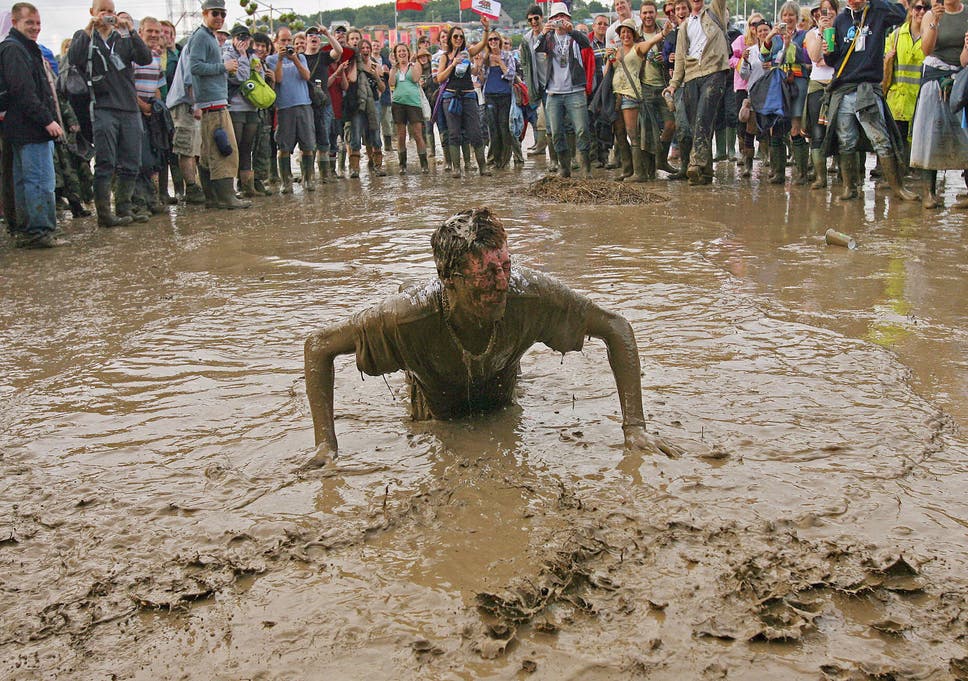 A true Glastonbury veteran will tell you there are no showers between Thursday night and Monday afternoon. A wet wipe rub-down and a blast of deodorant is about the height of it. If you do want to wash a-la-Glasto then we recommend you make a donation to Water Aid before every shower for the authentic experience. 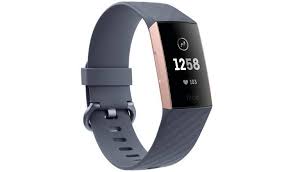 Glastonbury veterans will tell you that it isn't about the music, and they're right. It's about getting lost in the after-hours areas, stumbling across pagan ceremonies, catching secret sets... but it's also about walking. You'll rack up an eye-watering amount of miles over a five-day stretch at Glastonbury, so if you want the true experience - you'll have to walk.

We recommend slapping on a Fitbit, or other step counter and march around the house in your wellies. Once you've hit about 5,000 steps you can stop and enjoy one hour of music. After that, it's back to the walking until you hit another 5,000. Need a drink? 1,000 steps. Need the toilet? 3,000 steps. Ready for bed? Sorry, that's a full 10k.