In Massive Tunes, we take a look at the biggest tunes in dance music, the tracks that go off every single time.

This Valentine's weekend Kings of Tomorrow's Sandy Rivera will be reuniting with original "Finally" vocalist, Julie McKnight, to perform the track live for the very first time in a club environment. This historic event will happen at Ministry of Sound on Saturday 15th February with support from Fish Go Deep, The Revenge, Griff, Jimmy Switch and The Menendez Brothers, get tickets & more info here.

In aid of this highly anticipated performance, we're tracing the history of "Finally".

"Finally" was recorded on a $200 mix in Sandy's living room while his daughter slept on the couch. Speaking to Traxsource, Sandy detailed the production process; "I used Digital Performer to sequence on a G3 Mac, JV 1080 on the sounds, MPC 2000 for the beats with the Cad E-200 Mic and the great voice of Julie McKnight." He went on to say that the song was "not easy to arrange" saying it took about a week to finish.

If the arrangement was difficult, getting the track released proved even harder. "Nobody liked it. Could not give it away." Sandy would remember. Defected boss, Simon Dunmore, Would initially turn down the track. Sandy originally made "Finally" as an album track, so the original version didn't have an intro or an outro. Despite these impediments, respected DJs such as Tony Humphries would play it in their sets anyway. After the record broke in the clubs, Defected signed it as a single and drafted in Masters at Work and Danny Krivit for remix duties.

Speaking about the song recently, Sandy reflected; "I always knew, just from the track that this was the one. I said it even before the song was put on it. Everything I wanted for this tune has come true. I still feel strange having known that, just from the chords. I have only had that feeling about 6 times in my career and all those tunes became what I expected."

"Finally" peaked at No.24 in the UK Singles Chart and at No.17 on the Billboard Dance Chart. It has appeared on a huge number of compilations including our own and those from Hedkandi and Warner Music. Three years after the release of the original, "Finally" was given a second lease of life in the form of "Love Story" a tech house classic from Layo & Bushwacka.

In 2016 during the infamous Space Ibiza closing party, which was broadcast to millions around the world on the Internet, "Finally" was one of the most frequently played songs across the 20-hour event. Most notably it was dropped twice in the final set from Carl Cox and Nic Fanciulli. They played both the Love Story and Danny Tenaglia remixes during the last ever hour of music played in the historic Ibiza superclub.

When in asked in 2017 if he has grown tired of the track, Sandy replied; " I still and will always love it. How can you get tired of a song like that? The original still gives me goosebumps." 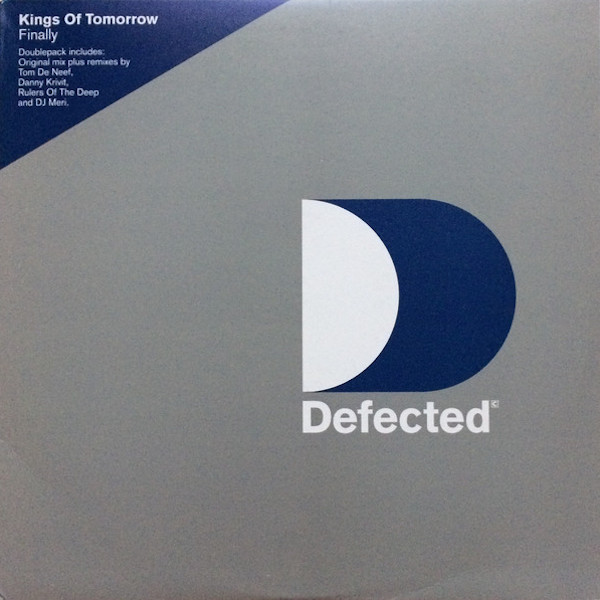