r/electronicmusic is one of the biggest communities of dance music fans in the world, with over 1.7 million members writing hundreds of posts a week. Over the past couple of months, the moderators have been organizing the masses to vote on for the Top 100 electronic music albums of the last decade.

Breaking the process up into three phases, including the nomination stage, the Top 100 Selection stage, and finally the Top 100 Ranking, the final list is an impressive body of work taking months to finish and utilizing the voices of thousands of music fans around the world.

This week Daft Punk's 2013 release, Random Access Memories, was crowned in the No.1 spot, followed by Porter Robinson's World, Flume's self-titled album at 3, Jamie XX - In Colour at 4 and Jon Hopkins- Immunity rounding out the top 5. The artist with the most releases featured on the list is Deadmau5 with three albums charting, while Four Tet, Jon Hopkins, Flume, Flying Lotus, Madeon, Odesza, Caribou and Eric Prydz all feature twice.

Ministry of Sound Publishing's own Mura Masa charted at No.69 with his self-titled debut.

The full Top 100 is available for you to browse below, and if you've been in the market for some lockdown listening, this list should see you through to 2021! 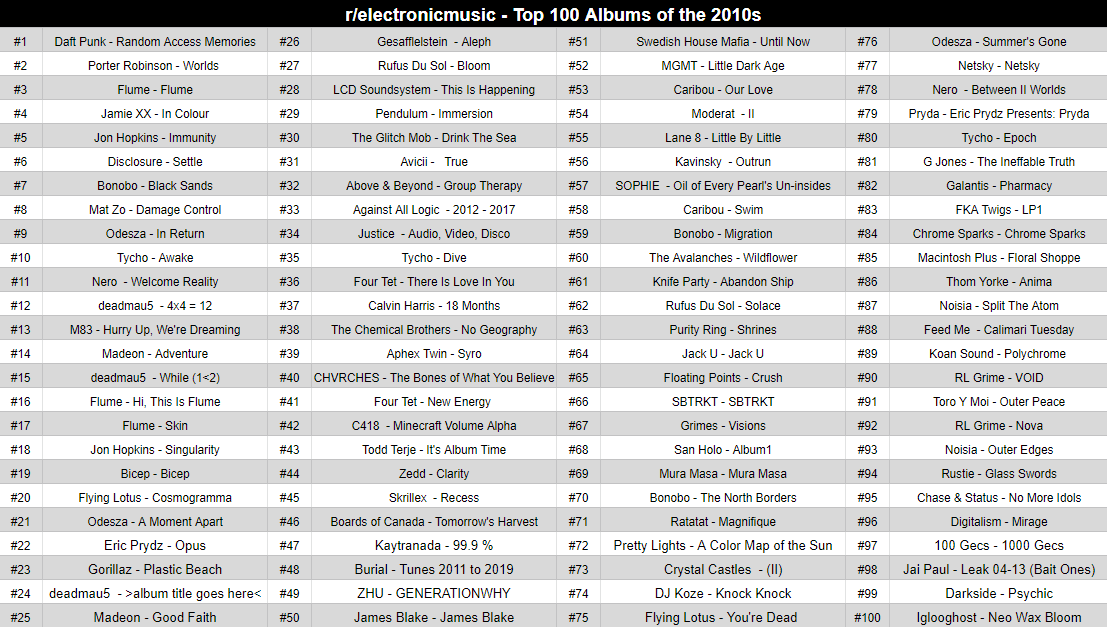 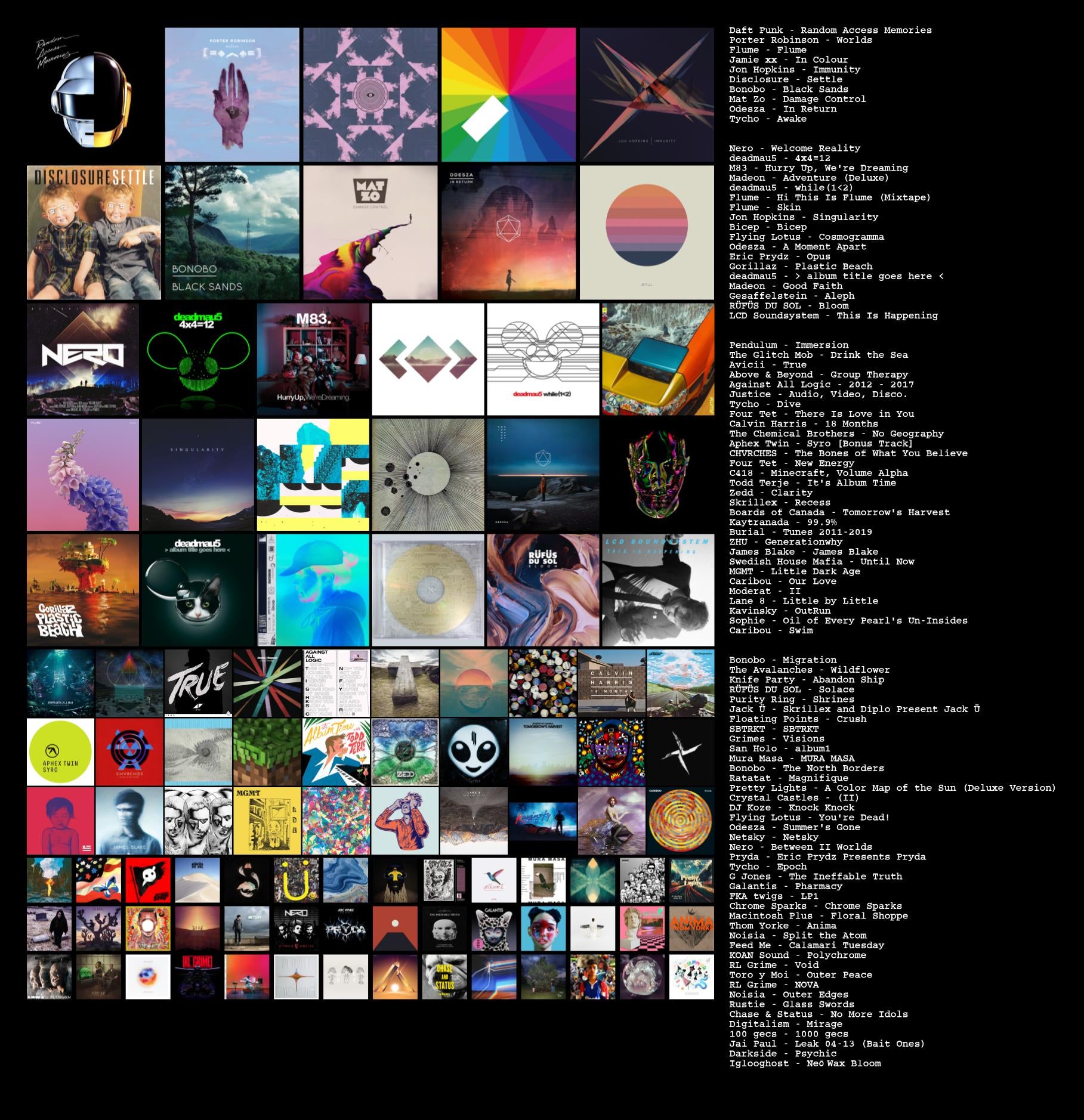