Catching Up With Danny Rampling

Learn about the UK scene from a true pioneer

Danny Rampling brought acid house to our shores after one of the most famous holidays in history - a trip to Ibiza with Paul Oakenfold and Nicky Holloway. On his return, Danny would found influential club night, Shoom, and become instrumental in the explosion of house music across the country.

Now on the cusp of relaunching Shoom, we sat down with the pioneer to discuss the UK scene, and his history with Ministry of Sound.

How did it feel playing at Ministry of Sound for the first time?

The first time I played Ministry, Justin Berkman was programming the nights, and he asked me to play on Friday night. I felt very honoured and became a resident alongside Norman Jay, Alfredo, Paul Oakenfold and Graeme Park. Some of the Fridays were amazing playing at 5-6am Friday night Saturday morning. The DJ booth at that time was up high and was just a slit in the brickwork, New York style. The focus wasn't to look at the DJ but to dance to great music. It was great working in that booth - no distractions just total focus in a private space.

I also attended the very first night at MoS with Larry Levan. There were only a few hundred specially invited guests, and the club wasn’t completely finished yet. We had a great time, and Larry played so well. There was a who’s who of clubbing present that night.

Did you ever meet Larry?

I met Larry when I was playing on that first Friday. He came into the booth 4am, just as I was playing an acetate of his final production DJ H & Steffi - "Hey Boy". He introduced himself with great humility and was delighted I was playing his record, coincidently right at the moment that he appeared in the booth, bless his soul. There would be no Ministry of Sound without the influences of Larry Levan and Mel Cherin's Paradise Garage. The legendary New York club that Justin Berkman was greatly inspired by and based MoS upon.

From day one, the outstanding sound system and acoustics in the room and the DJ Booth close to the dance floor. Ministry is the mother of all UK sound systems and transformed UK night clubs to focus and invest in quality sound systems. Playing Ministry for a DJ is like a footballer playing at a cup final at Wembley stadium
It has been a while since I last played there. I am very much looking forward to returning! I’ll be playing new house music, some modern acid and a touch of spacey techno and the odd classic in my set.

What would you say is the most important thing to your success?

Commitment, enthusiasm, drive, focus, passion and gratitude for music, and to still be playing music around the world weekly. In my opinion, to be a DJ is a lifestyle, and we are blessed to be doing something that we love and to make a contribution to the scene.

How did you meet Alfredo and how big of a role did he play in your music tastes?

I met Alfredo in the DJ booth in Amnesia, where he was the resident DJ. Alfredo greatly influenced us all at that time musically with his style and diverse selection of music genres fondly known as Balearic beats.

Who are some of your favourite current artists? 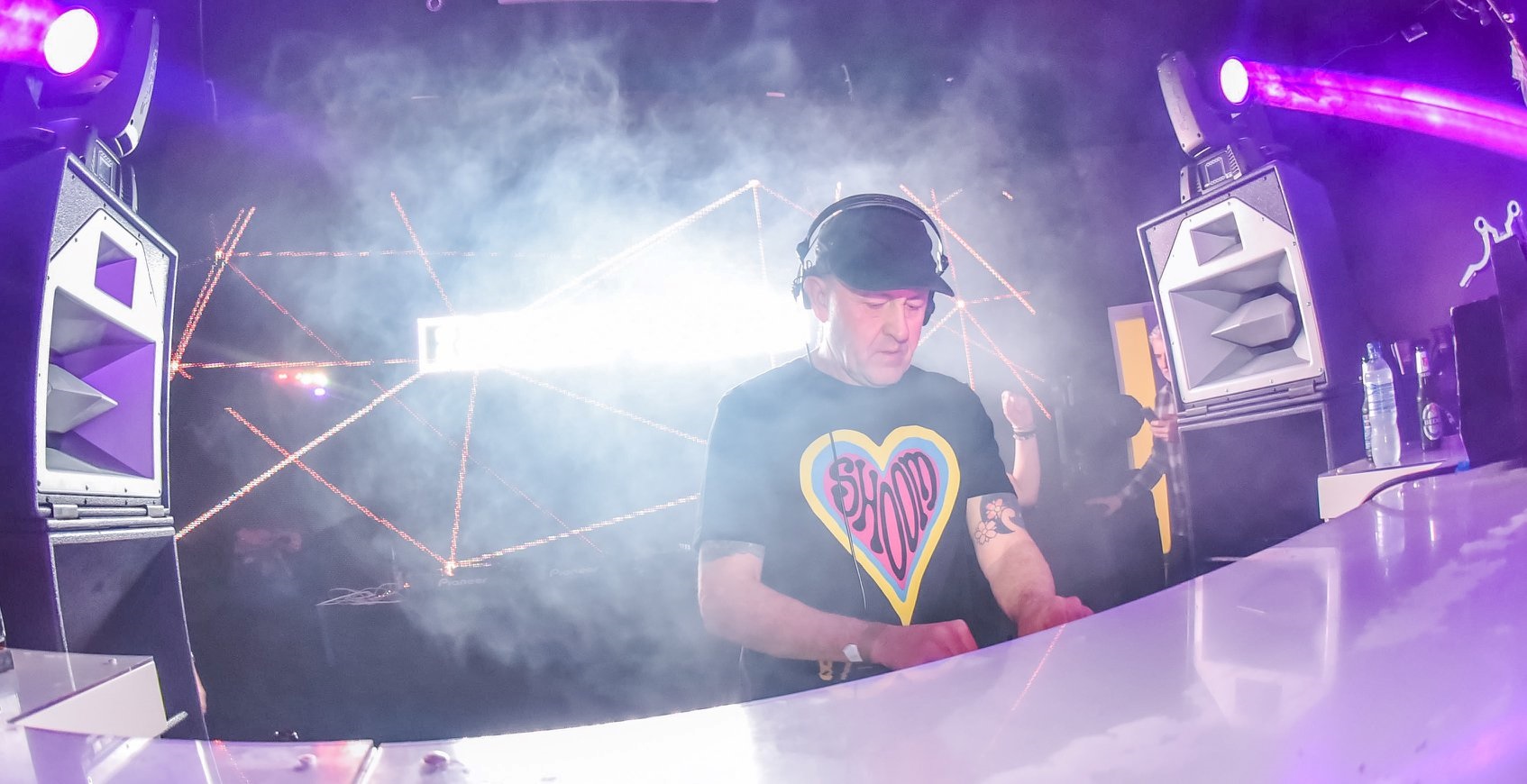 Do you still listen to balearic records and play them in your sets?

I am constantly sourcing new music which takes much time. I’ll check out other mixes on Mixcloud, get familiar with the new music that I buy and the promos sent which takes up many hours of one's time. I may play some on a classic event, or a track may pop up on a playlist at home and evoke happy memories and a touch of nostalgia. Those records were very important to the careers of many DJs and still, are. Many of the records still sound good today as classics. With the recent relaunch of Shoom, I will play updated and remixed versions of early classics mixed with new modern Acid sounds. Shoom is about the originals and new wave talent and music and supporting new music and artists.

How would you compare Ministry of Sound to Shoom?

Both clubs began in Southwark SE1 London. Shoom 1987 and Ministry 1990. At Shoom we pioneered the acid house movement and the positive change that brought to the UK club scene. Ministry of Sound pioneered the super club, and transformed UK venues and sound systems to up their standards, raising the bar in the UK. Ministry at that time was the original benchmark towards larger clubs with modern design and quality sound systems. Both clubs are part of the history of electronic music. I'm certainly keen to host Shoom at Ministry of Sound 2020.