Darren Foreman AKA Beardyman is one of those singular talents that is exceptionally hard to sum up in a witty oneliner. The North London native is best known for his incredible beatboxing skills and his mastery of live looping techniques.

A typical Beardyman show is half rave, half stand up comedy, but it's always one of the more surreal live music experiences you'll witness. This year he dropped new banger "6 AM (Ready to Write)" a techno tune which samples Joe Rogan reading out Hunter S Thompson's daily schedule.

The unusual track comes with an even stranger video and, as Beardyman was premiering the video at our sister building, The Ministry, we thought we should get to know him a little better. When he suggested we hang out at Kelvedon Hatch - a nuclear bunker in Essex, we jumped at the chance.

MoS: Why are we at a nuclear bunker?

Beardyman: We’re at a nuclear bunker because I feel that in these tumultuous times it’s nice to know that there are places you can go where you will be safe.

Is that what’s been keeping you awake at night?

Yeah. These are interesting times. It’s just crazy to know that people really have faith in the idea of ruthless self-sufficiency, that they genuinely think it’s possible to survive something as destructive as an all-out nuclear attack. So, there’s some hope in that. It’s quite a bleak place to visit, but there’s something quite uplifting about the idea that people feel you should do the best you can to survive. 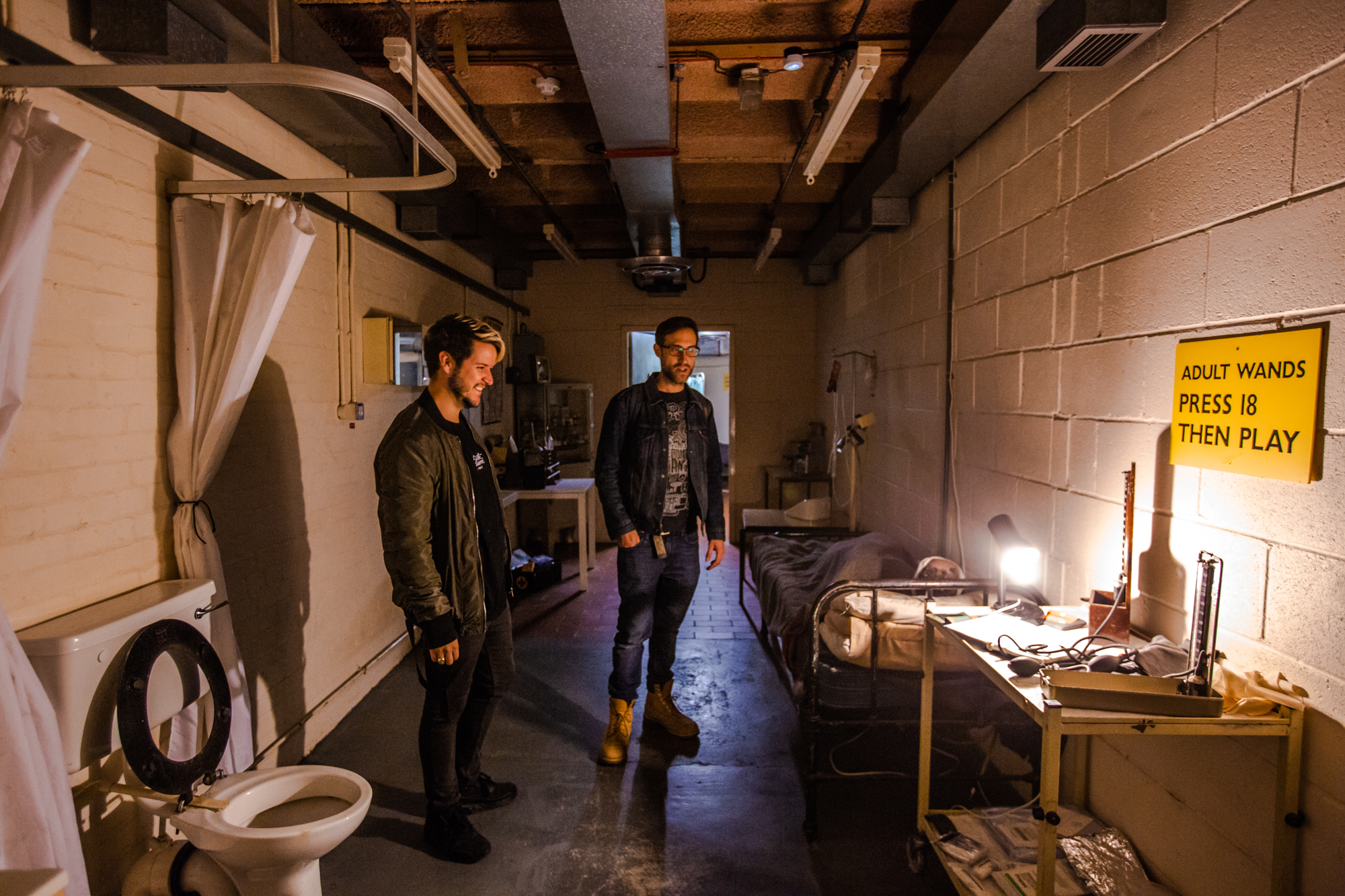 It shows that someone, somewhere might have a plan?

Usually when we think of these cataclysmic events – nuclear attack, asteroid strike, supervolcano – they seem very bleak, but actually, like anything tragic, life goes on. You might as well act in such a way that enables you to survive whatever befalls you because the alternative is to live like you don’t care what day of the week it is or what lies ahead of you. I thought that was interesting because I’ve made a track, which samples the most hedonistic lifestyle I can think of, that of hunter S Thompson.

He definitely wasn’t prepping for the apocalypse

Hunter S Thompson is interesting because he said that he wanted to carry on living only because he knew that he could leave at any time. Drugs for him, along with being a sort of performance enhancer, were also a means of escape. Then he did take his leave, in 2005, when he shot himself in the head. I cried when I heard that he killed himself. It was sad enough that he died, but that he had chosen to remove himself from the world was particularly sad. He was a hero for me; he represented the idea that the world is bullshit and you should do whatever stupid punk, gonzo, madness it takes to get in the way of the establishment and the monsters that dwell within it.

Someone said in his obituaries that he was born angry, he came out of the womb raging at the world

One of the dadaists said that in the face of a mad world, nonsense is a perfectly valid response. I feel that his gonzo lifestyle and written aesthetic was always rooted in the idea that life itself was absurd and all he was doing was reportage which reflected the madness of people going about life in the way you’re expected to. But this place is of a completely different method to that. This is about carrying on; the system will survive, hunker down. It’s built with the opposite view to Hunter S Thompson's.

This is very much a ‘keep calm and carry on' vibe

It was interesting talking to Mike, the guy that runs this place; I was making jokes about the chaos a no-deal Brexit might wreak. He thought I was a Lilly-livered whelp who loves avocados.

It's always risky talking about Brexit, have you gotten into any twitter scraps over it?

I try not to get into Brexit arguments on Twitter. I hate-follow a lot of people because I want to see what they’re saying to each other. I've heard very few convincing arguments from the Brexiteer camp. I hear the occasional one, but it’s always trumped by the fact it’s going to do more harm than good in the short-to-medium term.

One of the things I was thinking about coming here was about doomsday preppers. Have you a plan for the zombie apocalypse?

No. I’m not a prepper, or a hoarder, because I feel that way madness lies. I don’t have room in my house for all the pot-noodles it would take to survive! I don’t think I’d want to live in a post-apocalyptic world. It would be awful. 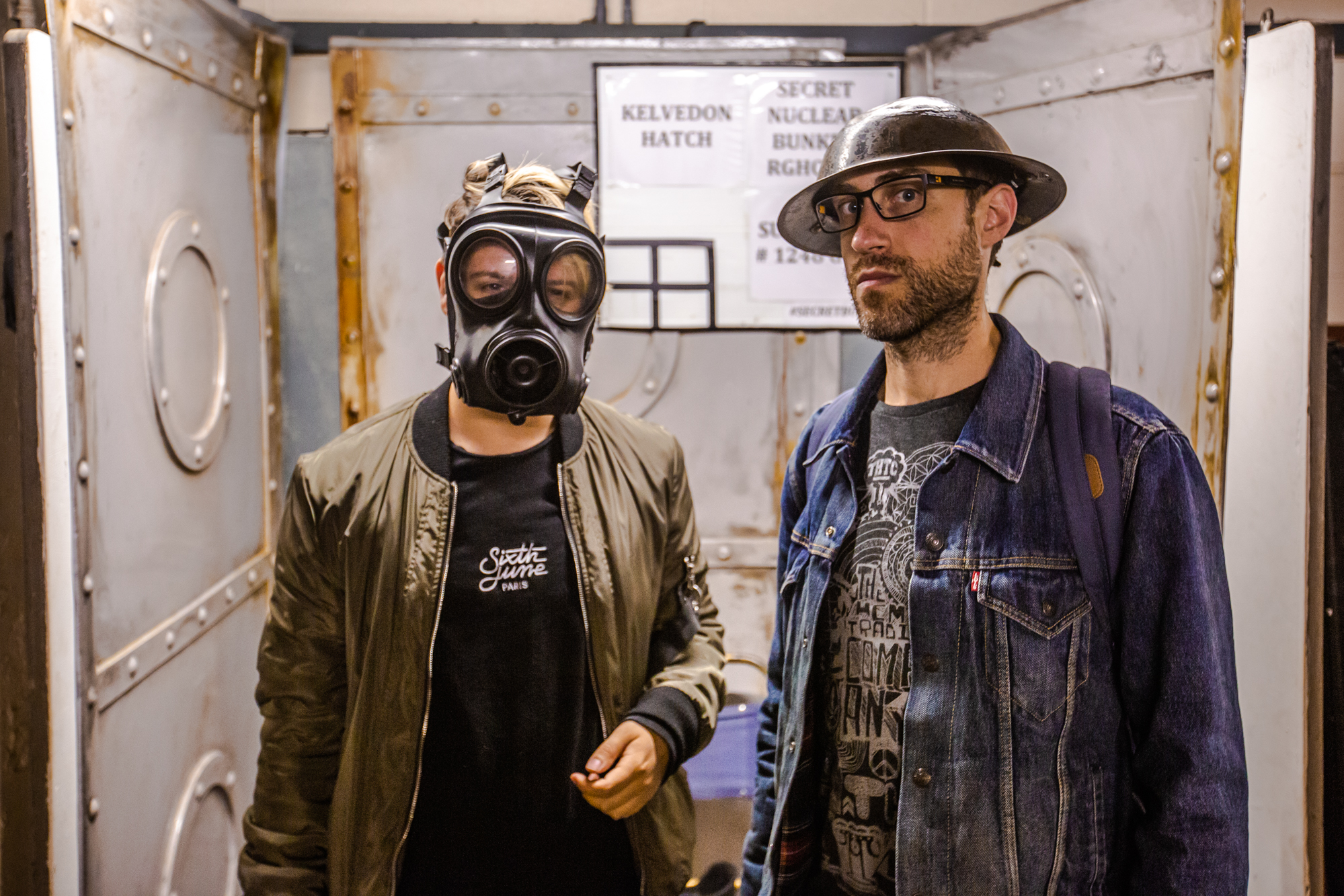 I saw when you posted your latest music video you said “this will be the video that will get me cancelled” I wanted to ask what you thought of cancelled culture?

I think, as creatures, we’re not built for telepathy, and we’re all now telepathic. We don’t think about it that way, but we’re not built to know what everyone else is thinking all the time. I’m less concerned about the internet as I am about human nature. It’s like with the nuclear weapons – we’re not smart enough as a society to handle this sort of power. We’re not built for this, and I guess cancelled culture is inevitable. But that doesn’t worry me, what worries me is what comes next.

You’ve got two sides of compassion taking arms against each other in this supposed culture war. There’s the ‘wokes’ and the ‘red pills’, it’s so weird that they both use the language of waking from a dream, as though the middle ground was a fantasy. You’ve got these two extremes of thought, and neither are correct. That kind of mental polarisation is so destabilising to cognition of what the world really is. But talking about this shit is what gets you cancelled. If you paraphrase what I’ve said and one side deems it to be offensive, that’s what gets you cancelled. So the video won’t but this interview will! [laughs].

The video is pretty full-on…

I love it. It’s very out there. It’s by this guy called Ian Pons Jewell, who is a genius. He had this mad idea of this geezer just completely off on one. Everyone else is asleep, and he’s just desperate to continue the sesh. No spoilers, but it all gets a bit mad. It was all Ian Pons Jewell, really. At first, I was a bit reticent; I thought it was a bit much. It is a bit much, but I think that’s what’s good about it!

I think the rise in sesh culture over the past few years has been fascinating.

[laughs] Sesh culture! What instead of club culture?

Yeah, it kind of runs alongside that, but it’s a focus on getting fucked up rather than music. You see it mainly on Instagram and Twitter. I thought that video was in reference to that.

I’m out the sesh game man, I’ve got children now. For me, the video is just about Hunter S Thompson. His whole life was a sesh. He was a hero to me because he was attempting to reach a state of grace by being divorced enough from his ground state that he was able to be operating on a higher cognitive plain. I guess that’s a universal desire for people making art or just wanting to have a great time. But of course that lifestyle comes at a price, you can’t do it forever. Annoyingly exercise is the best drug there is; it’s fucking annoying! 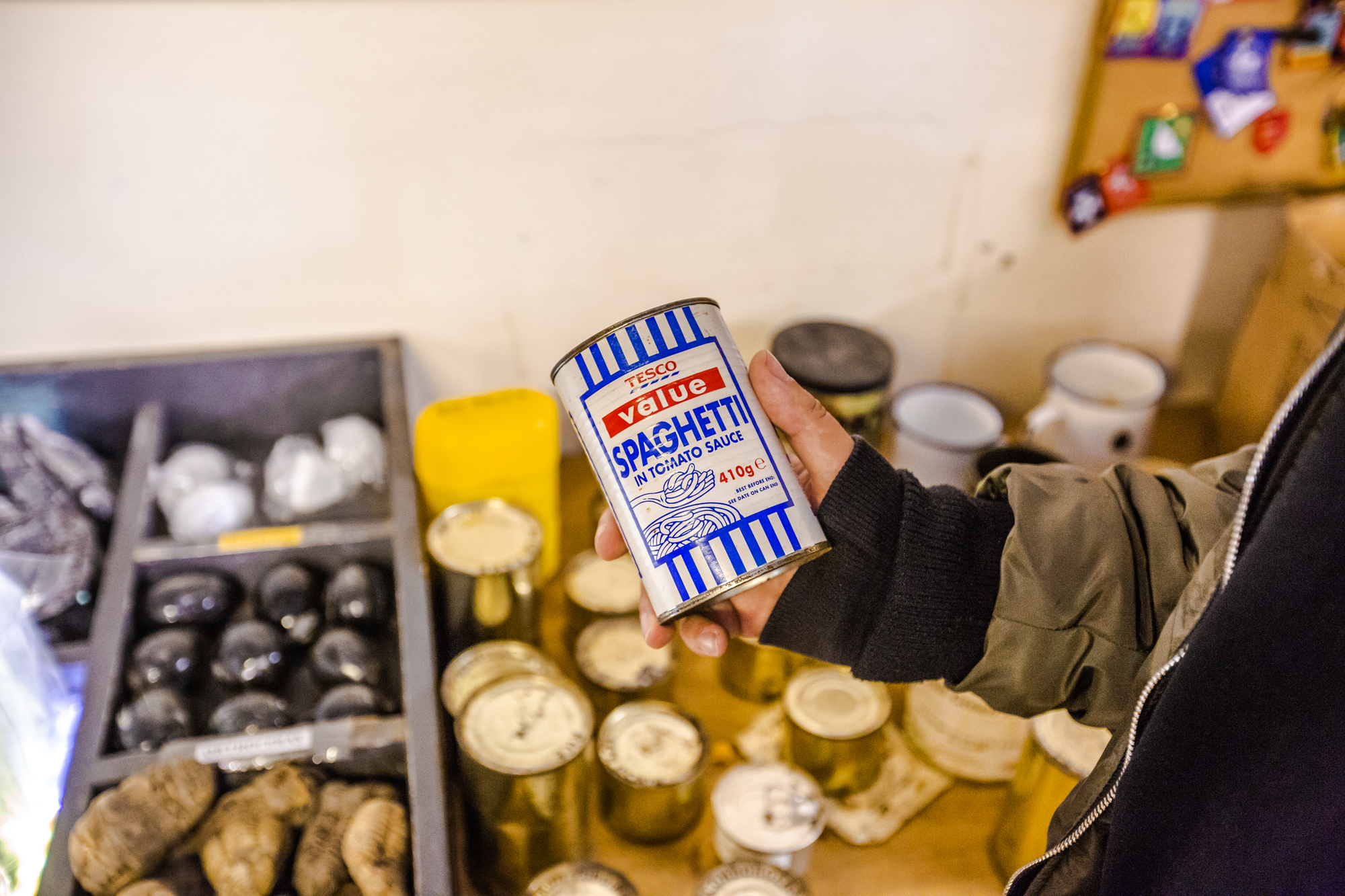 Beardyman is currently on tour and is planning to release a new track every Friday in 2020, you can learn more about that here.