Our resident DJ, AD:mE gives us a guided tour of Soho

Secret Music boss, Ad:mE has been our club resident for a little while now. In January we gave him four weeks to take over The Box and invite some of his friends down for AD:mE + 2.

After that roaring success, we've got him lined up to play loads of our Saturday Sessions Summer Series. With all that in mind, we thought it was about time we introduced him properly.

Meeting him on the roof of his Soho apartment (which he shares with Juno the pug) AD:mE talked us through his history and gave us a guided tour of his studio and Soho, winding up at famed record store Phonica.

MoS: What was your first exposure to dance music?

AD:mE: I’d say the first was the roller rink. They would play like 80s bass music. The Miami Bass sound. At the time, you would only ever hear pop or rock on the radio, so I was instantly drawn to this new sound. I would have been about six years old, and I went over to the booth, and I asked the DJ “how are you playing the song when I can still hear the last one?”. He brought me up into the booth. He had two Technics and a mixer, and he talked me through it. Probably six years later, I’d moved to Vegas, and I went to another rink. I went up to the booth again and this time that DJ let me play some of his records while he goofed off and talked to girls.

Where did you grow up?

I moved around. Newport Beach was where I was born. My parents moved to Vegas when I was 10. That’s where I got into electronic music. From there as I got older, maybe 16 or 17 we would start to go out to raves in the desert.

There was quite a big scene there at that time, right?

Totally, I was going to Burning Man when it was less cool as it is now. There were no lights at all, just people lighting fires and stuff. It was definitely not as trendy as it is now. From Vegas all the way to LA, there was a lot of raves. It was mainly trance back then. I would go to Liquid Butterfly, which they held at this huge gym, LA Fitness. On the weekends they would clear it out and basically turn it into a full-on nightclub. It was a weird mix of people because a lot of the gym guys would still be there, all yoked out with no shirts on, but the music was insane.

How did you first start playing out?

I played a lot of house parties and then into the rave scene a lot of warehouse and dessert parties. Friends of friends would throw a party, and I’d end up being a guest DJ. There was a group of us who were really into it at the time. I eventually would do Liquid Butterfly and then when I did After Hour Power, is when it really took hold. At that time it would’ve been pretty much entirely trance music.

How did you move on from there to come to the UK?

Well, there were a lot of lost years in between! I moved to Miami, and when I was there, the music went from trance to more tribal and progressive house. This would be going from the 90s into the 00s. I played Crobar a few times and then became a resident at Lizard Lounge with Marcus Schulz.

He has a really strong London connection, right?

Yeah. Markus is a super cool guy. I got to know him when we were playing there together. I then slowly moved out of trance into progressive house, and later electro house became huge. Dirty South and stuff like that. From there, I moved to Dallas, believe it or not. Maceo Plex is actually from Dallas, actually.

Yeah! There’s a place in Dallas called Deep Ellum, and his label is called Ellum, so that’s where it comes from. There’s not a lot of people that know that actually! Dallas generally is obviously more Country-focused, but they had a small but really cool electronic scene there. That’s where I got into house and funky house. Then in 2009, I moved to the UK. 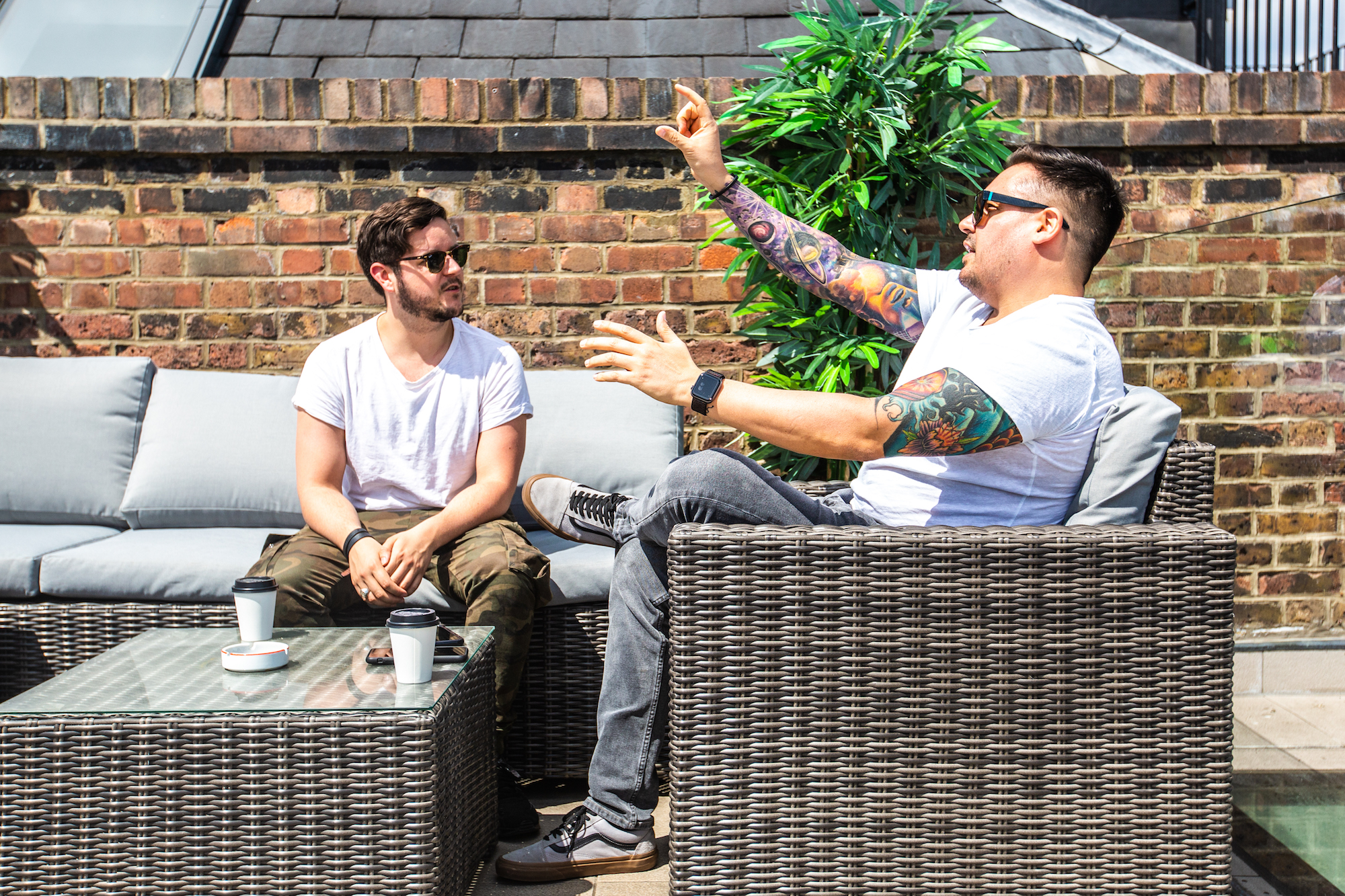 What motivated the move?

You’re more in the scene out here. When I was in Dallas, there were only one or two clubs to play. You could go to ten clubs and hear the same songs. It’s like going out in the West End here.

Did you come across for trips before that?

Yeah, I went to Ibiza in 2003, which just melted my mind. It was magical. Still is, you just have to know when to go. Then, believe it or not, I had a trip to London in 2004 and came to Ministry of Sound. I saw tall Paul at The Gallery, I’ll never forget it. Every time I go to play at the club, I still think of that night. I remember I had no idea what Tall Paul looked like, and then this really tall guy got into the booth and I thought, ‘yep that’s him’. From there, it was a three-hour musical journey for me. A lot of what he played was just mind-blowing for me.

At what point did you start Secret Music?

I think it was about 2013 or 2014. My friend Stef le Francois, who owns the label with me, had this vision for what he wanted it to be. I joined up with him shortly after he started it and we helped realise it together. He’s a really talented producer, with a great ear and he’s taught me a lot. His approach,

Where does the name come from?

Steff was in Amsterdam, and he took a photo of going into the Red Light District. In the picture, there were these three lights that had weird shapes. He didn’t even notice them until after when he saw the picture. It looked like something from a Ridley Scott film, like Predator or something. He took that and used it was the logo. It looked like a secret entrance, and so we called it Secret Music.

How did you first get involved with Ministry?

I think it was in 2016. A friend of mine, Luca from Infinity Ink, he was DJing there, and I went him. We met (Ministry founder) Justin Berkman that night. He was really cool he actually gave me a tour of the club. We started doing label showcases there. The first one was in the Baby Box, and it was a huge success. We did a lot of label parties there, then I started playing the 103, filling in for some cancellations. I’d say the defining moment for me was Halloween weekend around three years ago. It was me and Bizarre playing together. The crowd was really vibing what we were playing. Someone had taken some video of it going off in the 103. The bookers saw the footage and couldn't believe it was the 103! A few months after that, I got my first shot at playing The Box.

What was the first outing in The Box?

I think it was with Ben Sterling and in July 2018. Then I became the resident. It was really cool. At the start of this year, they gave me four weeks in The Box to do whatever I wanted. It was amazing, the room was packed every week. I was nervous, but the team at Ministry really came through, and it was a fantastic start to 2019.

What’s your favourite type of set to play?

I always like warming up for big artists. Some people get nervous doing the warmup, but I enjoy the slow to build up transition. Some DJs can get in straight away they know what the first track is. I like to read the crowd I want to have a few records before I really get into it.

You see a lot of DJs talking on social media about the importance of warming up, do you think it’s a skill that’s dying out?

Some young artists and DJs understand the warm-up. They get that every song isn’t a banger, that there are so many different types of tracks. It’s about a journey through different sounds and styles of music. 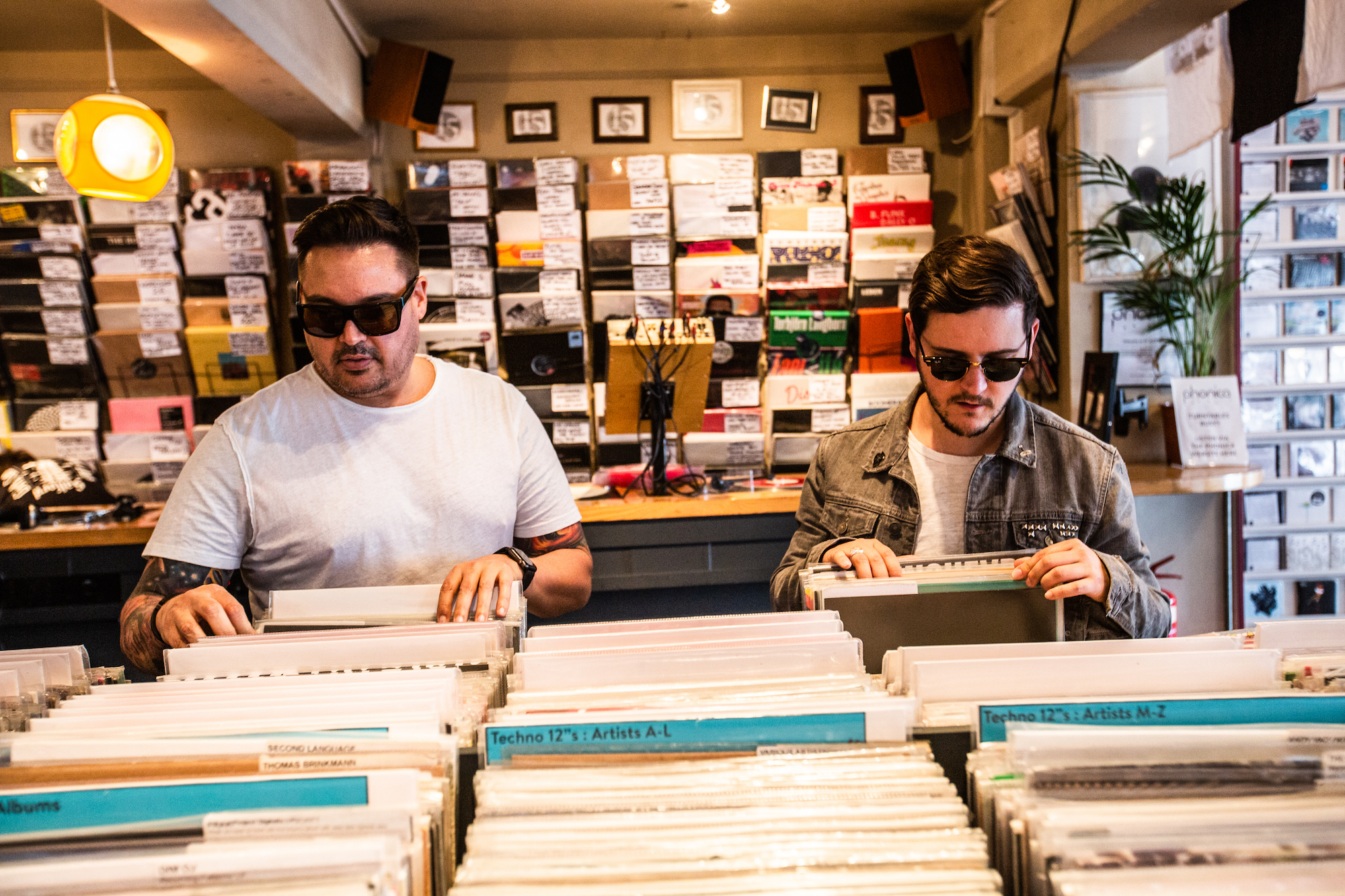 What have you got lined up in terms of new music?

Right now, I’ve been in the studio. I took a break after January, but I’ve been back in recently. I went into the studio, took out everything, and then gradually added equipment back into it. I find every time you get something new, you push all the old shit out of the way. I wanted to reverse that by starting with my original gear and then gradually adding to it as I need it.

AD:mE will play The Box alongside Music On resident Leon, and elrow resident Tini Gessler for a resident extravaganza on Saturday 29yth June. Get tickets & more info here.