A day out on Brighton Pier with the Belfast beatmaker

Garry McCartney is man of many talents. Bursting onto the UK's dance music scene in 2012 after Pete Tong named his track "Night Rays" an essential new tune. From there team-ups with fellow countrymen Bicep followed and soon Ejeca was known as a fast-rising star in the global techno scene.

A few years later McCartney would come up with his second alias, Trance Wax, while on holiday in Thailand. This project would go on to prove just as popular, and an acclaimed Essential Mix soon followed.

Now living in Brighton, we caught up with the Belfast beatmaker, ahead of his set at the Ministry of Sound Stage at Eastern Electrics. Since it was almost summer, where better to spend the day than at the city's famous fairground.

What was your first exposure to electronic music?

About 20 years ago, when everyone was into Oasis. I have two older brothers, and they were really into their electronic music. It was a good mix; actually, one was into Daft Punk, and the other was into techno and trance, so I sort of had both bases covered. I used to steal their tapes.

When did you start buying music?

There was a record shop in Belfast, Mixmaster. That used to be great for music, very, very underground. When I was 12 or so, I’d go in there to buy records. I would only have about 12quid pocket money so I would be in there for hours and only come out with one record. I’m sure they hated me. Looking back it was good, though, that would be the only record you could buy that week, so you had to really think about it. 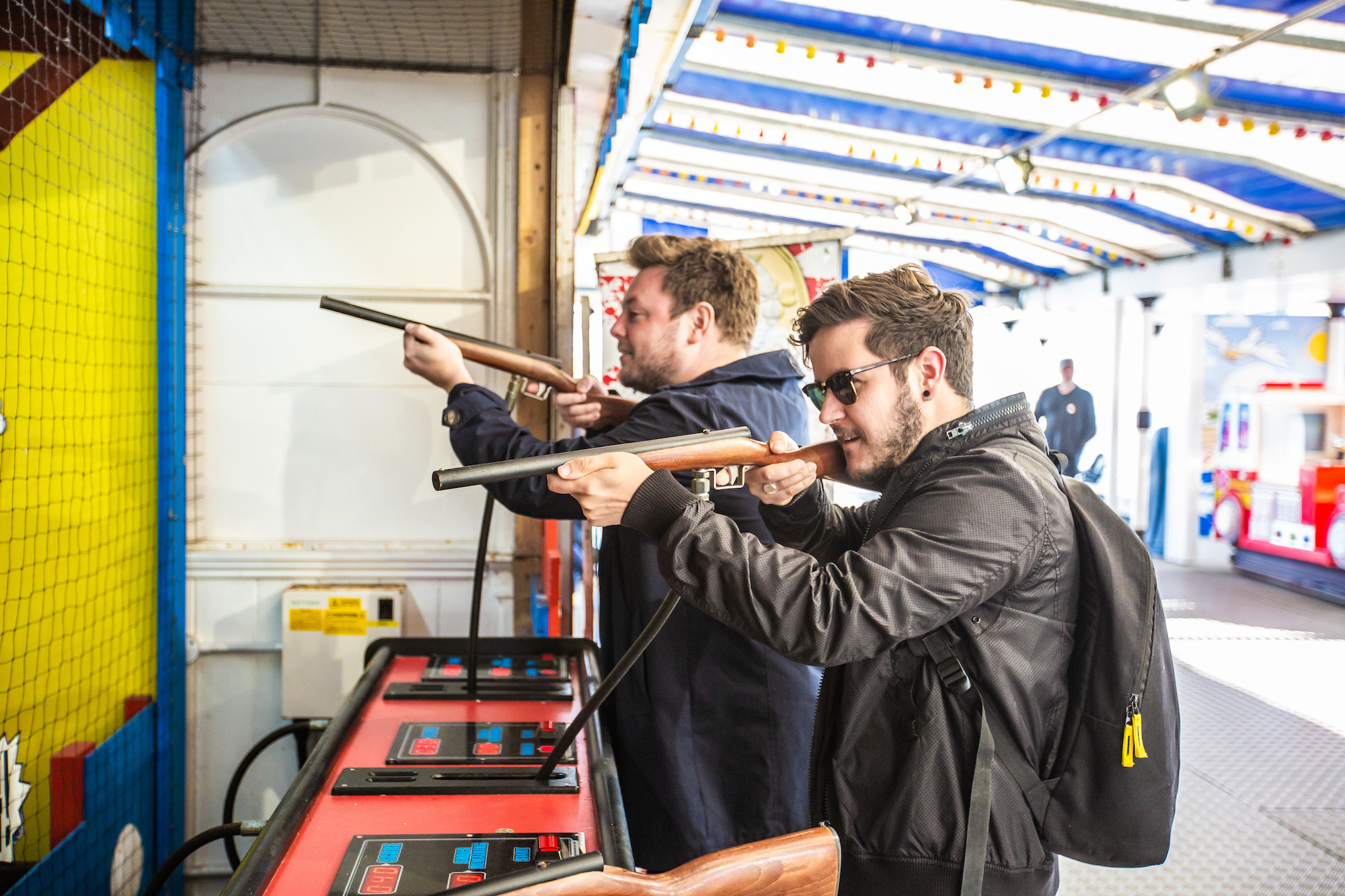 When did you start producing?

I started producing quite young. I used Fruity Loops, or FL Studio as it is now. Guys like Skream would’ve used it for dubstep, but I was making trance on it. I’d basically just be trying to recreate my favourite tunes on there. It was actually a lot harder than it sounds!

I always think that trance, musically, sounds quite complex.

The beats sound simple but see that hook. There’s a reason why they’re called trance classics. It’s because they straight away bring people back 20 years. House does it too, but with house, it’s usually an old soul sample that gives you the emotion. With trance, its usually old Dutch guys sitting in front of dusty mackintoshes and Roland synths just jamming. I find it hard to create original trance – I guess that’s why I did all the edits!

Did you pick up DJing around the same time?

Well... kind of. Everybody knows about Technics 1210s. And when I was starting out, you would get abuse if you didn’t use Technics. I could only afford one of them at a time, so I had to buy my first deck one Christmas and the second deck the next Christmas. I think I got the mixer for my birthday in the middle! It’s mad thinking back now, but maybe those restrictions on your creativity help you in the long run.

What was the Belfast scene like at the time?

Shine was the big one. I was DJing with Green Velvet last weekend. He was one of the first DJs I ever saw. He played the Snack Bar, which was Shine’s big heavy techno room. Techno was very big over there at the time. Coxy would come over, Richie Hawtin, things like that. There was a huge variety though, a big Shine night would have maybe 30 DJs on the bill, and there was always at least one room completely going off.

Where did you start playing gigs in Belfast?

I didn’t really play Belfast. I was a pure bedroom DJ. Mainly because I didn’t know anyone who could give me a gig! I used to spend a bit of money putting together mix CDs, putting them in jiffy bags and posting them out to people. I got a bit disheartened when I never heard anything back, so I decided to focus on the production side. Really it only kicked off for me about seven years ago when one of my tracks got picked up by Radio 1. Then the DJ gigs came flooding in! I’d say between the age of 11 and say 25 I’d only played a handful of gigs!

Well, getting your track on Radio 1 is a pretty good way of getting DJ gigs!

I always thought of myself as a producer first a DJ second. If I were giving advice to anyone, I’d say copy what you like and try and find out what makes that track tick. Then try and bring a bit of your own into that. It’s a bit daunting making a track from scratch. It’s very hip now to go out and buy a modular, but if you don’t know how it works, then it’s not much use. Looks lovely in a photo though!

Once Ejeca started taking off you made from Belfast to London - something I'm familiar with myself - how did the move change things for you?

Moving to London from Belfast, it's completely different. It instantly changes everything. You go from knowing one or two people who make music, to everyone you know is making music, almost overnight. It’s excellent with gigs too, Belfast airport only flies to a minimal amount of airports. As luck would have it, a few of my friends had moved over to work in the city, so I got to move in with them. I found myself making techno in Carnary Warf for about two years. I was the only guy that was about during the day, it was very strange.

You also had a pretty life-changing trip to Thailand?

Yeah. I always played the odd trance track in my sets. A couple of years ago, I took a trip to Thailand. Nice apartment on the beach. I’d sit out on my laptop with a few beers in me and think; “right so many good trance classics here, why can’t I play them all, what’s the issue?” It was always the tempo – my sets were 120bmp, the trance tracks are 140, and it just didn’t sound right. I messed about with everything, and then the breakbeat thing just worked. I took the four-on-the-floor out and replaced it with breaks and more subby, jungle, basslines. I made the first Trance Wax record while I was out there in Thailand. Those tracks were going down really well in my sets, so I thought I should probably make a few more of them!

When you play as Trance Wax, you must get quite a big spread of ages at the gigs?

I played with Sasha and Digweed last year, and there was definitely father and sons at it. With the trance-ier stuff, the gap is 20 years now. You see guys that have had kids, and they've grown up, so they've got a bit of freedom again, and they're back out. I think it's really healthy.

Where you surprised that Trance Wax 1 sold out so quickly? Trance was not the most popular of genres at the time.

Well, I’ve got Nina Kraviz to thank for that. She started playing things like “Back to Earth” by Yves Deruyter about five years ago. All of a sudden, when someone like her plays a bit of trance, there’s a tick of approval there. It meant I could get away with playing more of it, and before I knew I was playing 2 hours of it! So I try to keep to techno with Ejeca and 140bpm with Trance Wax.

It seems quite a Belfast thing to mix both – it’s a very genre agnostic place.

Yes, I don’t think there were any barriers when it came to music. When I’d shop in Mixmaster, I’d ask for hard techno and trance at the same time. People like Eddie Halliwell would mix that sort of stuff too. I always think the best DJs play what they want anyway. It’s definitely a Belfast thing, but it goes down well in Glasgow, Aberdeen, Sterling and Manchester too. Seems like the further north you go the more tempo they like, and the madder they go!

You’ve got your own label – Exploris. How did that come about, and is it named after famous Northern Irish school trip destination, Exploris Aquarium?

Ha! Yeah, it is named after the aquarium! I started Exploris soon after I moved to London. The reason it started was nobody really wanted to sign my weirder music, which was a good way to lose money initially, but also a good way to express myself! We got up to 10 releases on that. Then the newer one is Yom Tum. We had the first release last week – Beacon with Locked Groove on the remix. That’s the new label, which I’d say is just sort of faster techno. 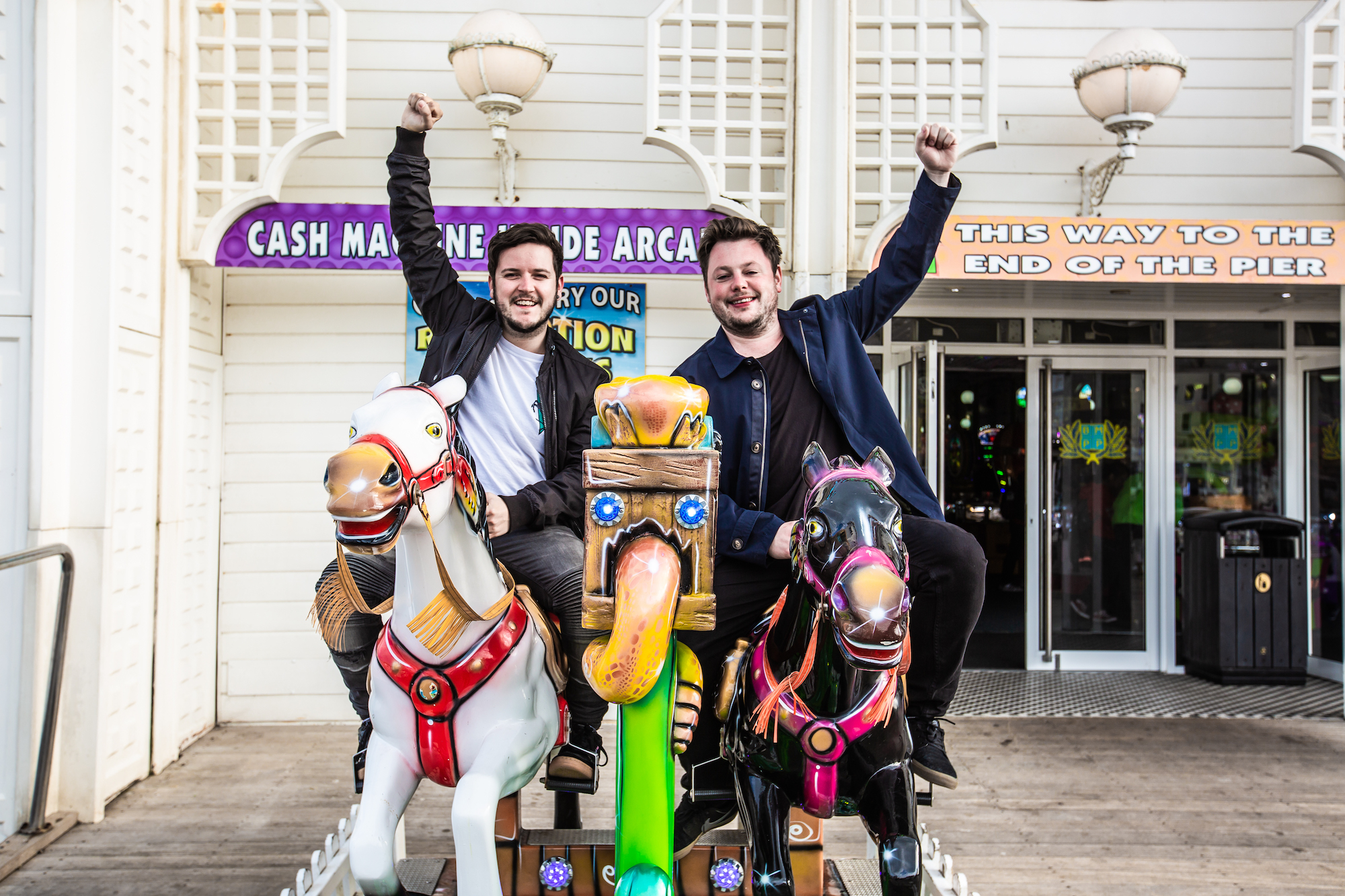 So what do you have coming up this year?

I'm working on an album of all original Trance Wax stuff with the original trance vocalists. Olive, who did "You're Not Alone" which was No.1 for about a month is onboard. Then I can't really say much about the rest, but I'm really looking forward to it, it's not something I've done before.